This past 2nd of September, our PhD student Carl Björvang defended his thesis “Cracks in the Ivory Tower: Antibiotics Research and the Changes in Academia 1980-2015”, a historical perspective of AMR research in Sweden. 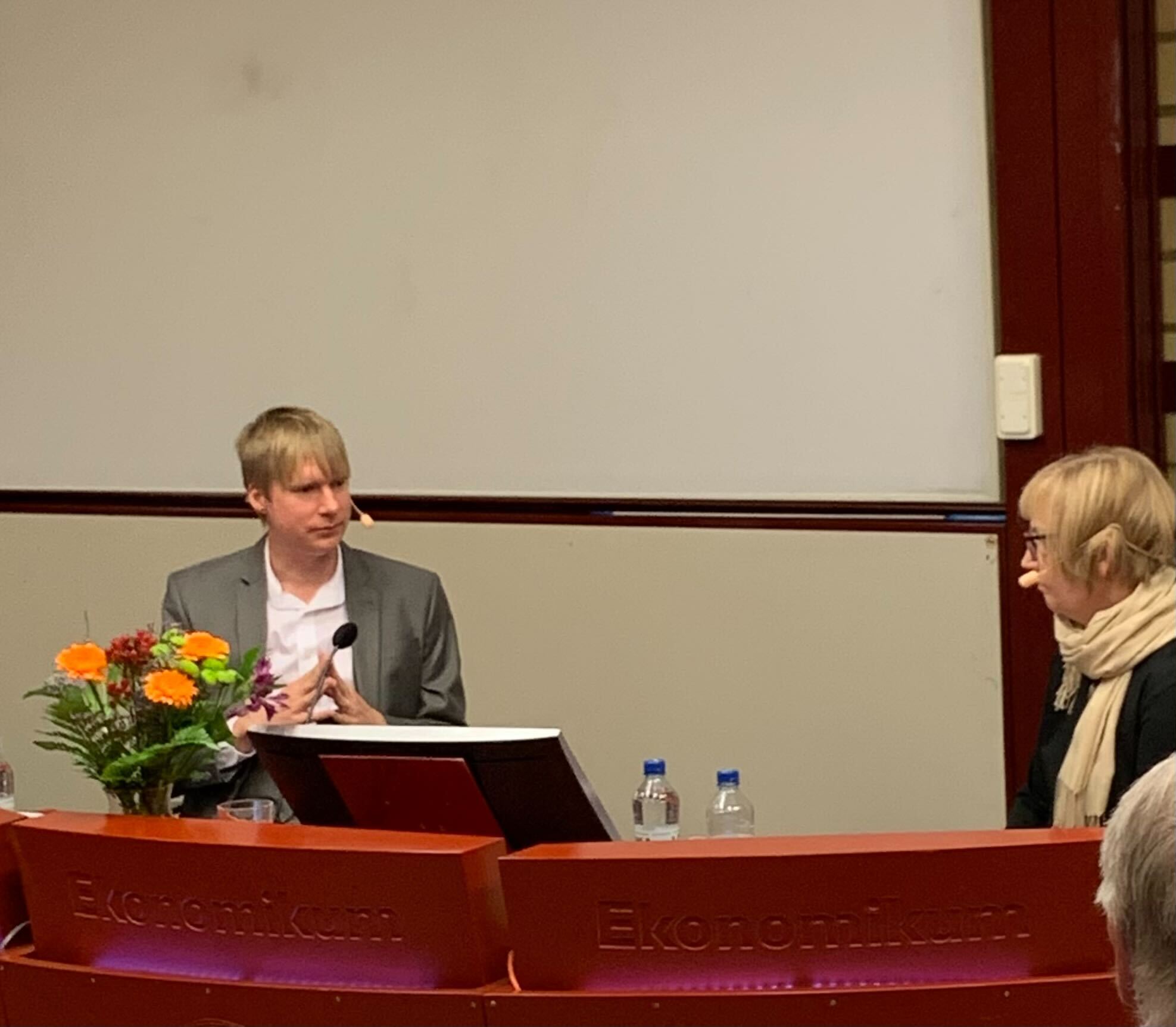 Globally, Sweden has often been looked to as a point of reference thanks to its reputation for excellence in scientific research and development. As a historian, the now Dr. Björvang explores the perspectives of AMR researchers to discern a better understanding of the sociological and economic factors which influence the field in both past and present. His thesis combined studies of funding and policy as well as interviews with Swedish researchers of antimicrobial resistance from Uppsala University and Lund University.

The findings of these works concluded that despite an overall increase in funding, there has been a decrease in grant approval rates, resulting in researchers devoting more time to applications and fund management. Economic factors have also dissuaded scientists from risk-taking behavior which may lead to more groundbreaking discoveries, restricting the breadth of experimentation to a “safe zone” where more well-understood topics are investigated. Moreover, Björvang observed a trend of senior researchers moving away from hands-on work, leaving less experienced individuals to perform experiments while they oversee the group. These findings have resulted in an overall deterioration of the state of AMR research in recent years.

The metaphor of the Ivory Tower is often used to describe the exclusivity of academia, an aspect that is often criticized by the taxpayers who fund much of the activities that go on within universities across Sweden. However, Björvang argues that this exclusivity is precisely what allows academia to remain pure, uninfluenced by the agendas of forces that lie beyond the sanctuary of the tower walls. Opinions aside, as suggested above, his research shows that cracks have formed in the ivory, as the socioeconomic state of the outside world begins to influence the work of Swedish AMR scholars and academics.

Above all, Carl Björvang’s work has contributed to the depth of the conversation around antimicrobial resistance, creating new angles from which to view this multidisciplinary topic. We are pleased to see another successful defense from our first-round doctoral students.

Want to learn more about Dr. Björvang's work? Check out this links: