AMR-drivers: addressing the distal drivers of AMR through targeted AMR-, or integrated SDG-policy and action

Antimicrobial resistance (AMR) is a multi-dimensional threat to human survival, public health, trade and economic growth, and the country's overall long-term sustainability. The development and spread of AMR are expected as a natural phenomenon; nevertheless, antimicrobial exposure in healthcare, agriculture, and the environment – known as AMR drivers – has accelerated the process (Holmes et al., 2016). The drivers of AMR can be classified as proximal and distal causal factors. Factors that can directly induce AMR, such as the misuse and overuse of antimicrobials in human health and animal husbandry, are referred to as proximal (close or downstream) (World Health Organization, 2015). Distal (far or upstream) drivers, on the other hand, are believed to have influences on proximal factors. For example, lack of access to clean water, sanitation, and hygiene (WASH) might increase the probability of contracting infectious diseases and as a result, increase the demand for antibiotics.

Traditionally, the study of AMR drivers has been synonymous with the study of individual level risk factors (Chatterjee et al., 2018). However, with new classes of antibiotics less likely to become widely available in the near future, a particularly important target for solutions is the distal drivers. A complex systems and implementation science perspective on AMR drivers emphasizes the need to (1) distinguishing between proximate and distal causal drivers, (2) specifying the various levels at which these drivers act in the system, as well as (3) determining variables that can be altered by action versus those that are given in an action situation (such as age and gender) (Jørgensen et al., 2016; Wernli et al., 2017). The Driver-Pressure-State-Impact-Response framework has helped in identifying upstream targets for the control of AMR emergence and transmission by defining risk factors as proximate causal pressures as well as distal causal drivers (Wernli et al., 2017). A recent analysis of indicators of these targets reveals that while current level of AMR policy action is positively correlated with reductions in proximate causes of AMR, there is no correlation with the distal drivers. This lack of correlation indicates that distal drivers of AMR are likely to be addressed only in part through targeted AMR actions and policies, but also through other agenda setting challenges in society.

The Sustainable Development Goals (SDGs) are a major agenda for action on societal challenges that has the potential to be an important instrument for reducing the development of AMR by targeting many of its distal drivers in human, animal and environmental health (Carroll et al., 2014; Jasovsky et al., 2016; Jørgensen et al., 2016). Unfortunately, as the topical challenge of AMR is largely absent from the SDGs, SDG actions could well end up being in conflict with recently identified actions that would aid the simultaneous control of AMR and achievement of the SDGs (Jørgensen et al., 2020). Currently no analysis has evaluated the overlap in policy priorities between AMR policy plans and interventions and SDG action plans. As a consequence, the extent of synergistic and antagonistic interactions between proposed actions explicitly aimed at addressing AMR drivers and the SDGs is unknown. 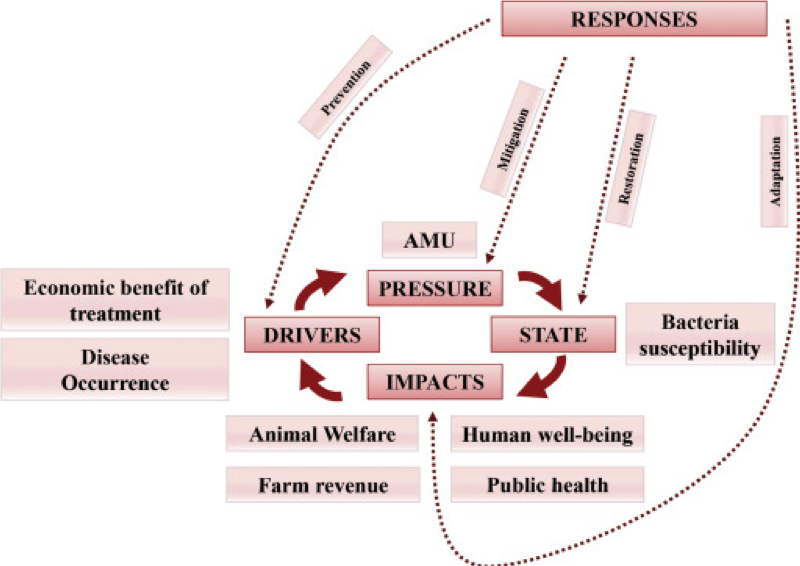 This project seeks to fill the aforementioned knowledge gap through four novels, yet well-planned and feasible sub-studies. Its successful completion would likely have a significant impact by delivering the first comprehensive assessment of the degree to which currently planned actions on the SDGs would aid or hinder the challenge of controlling AMR. 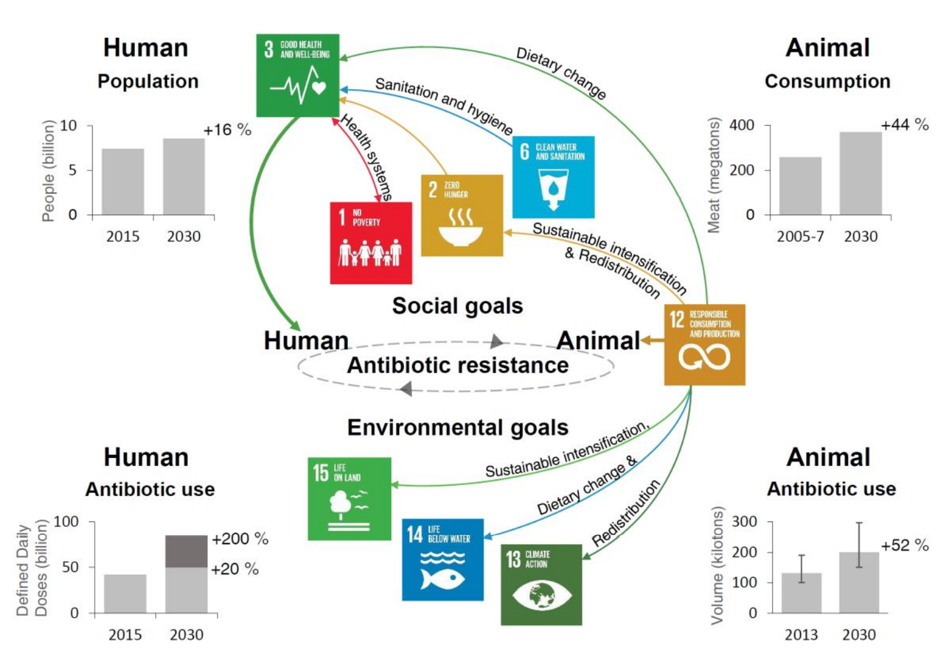 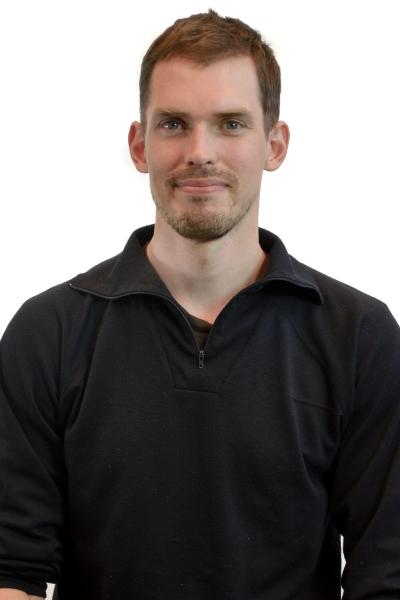